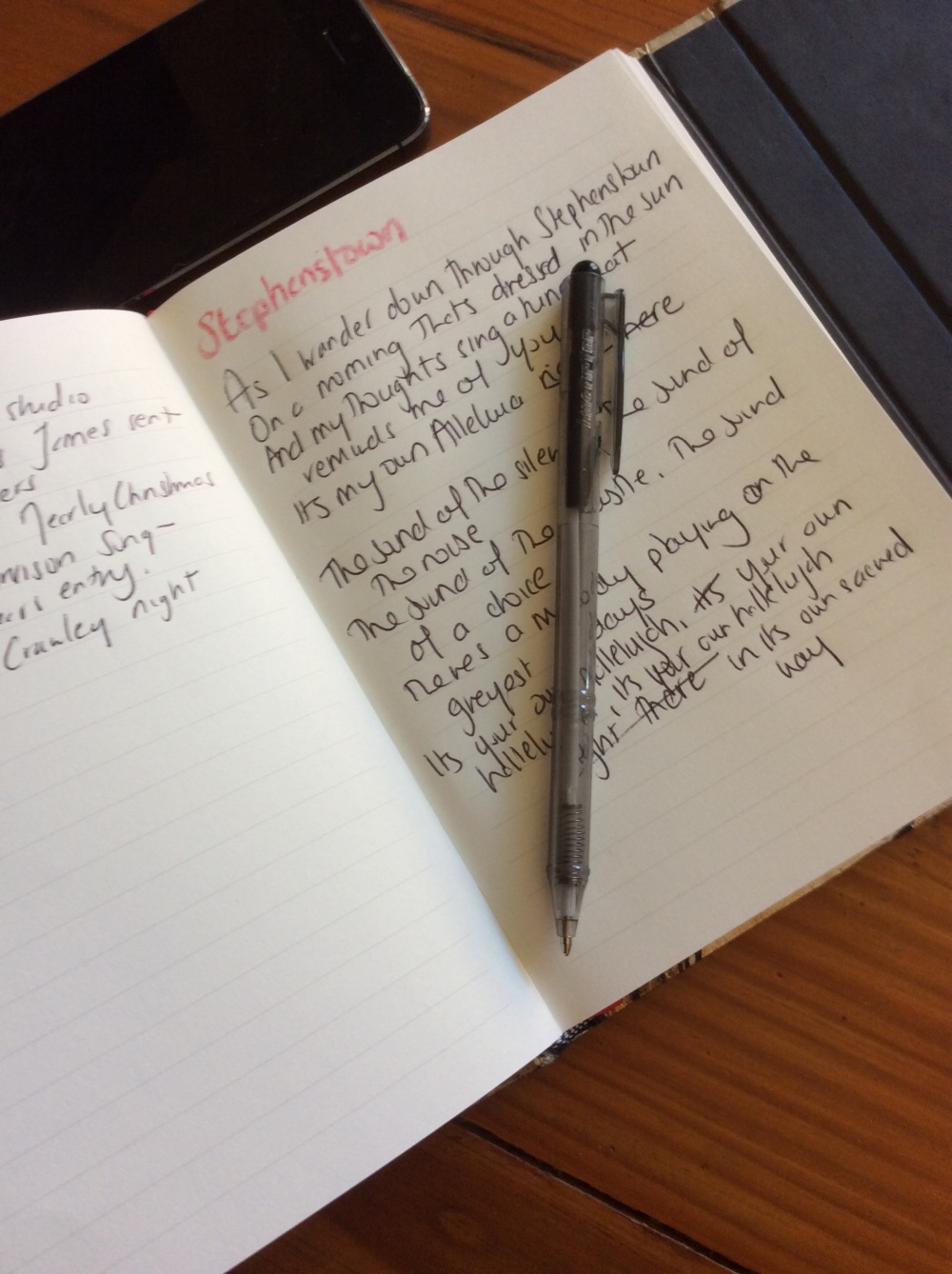 I’ve set myself a challenge to write a song that fits in with the type of songs you might hear being sung in the wee hours of the morning in a little cosy Irish pub. Last Friday I joined in on one of those such sing-songs and sang a couple of my own particular favourites such as ‘Grace’ and ‘Caledonia’ – songs that fit in perfectly with the crowd no matter their age. Songs that usually tell stories of places or events and never age.

Just two weeks ago, I had the joy and honour of spending a few hours with Irish composer Julie Feeney. She is a beautiful, bubbly person who spoke so openly to everyone at The Songwriter Club, giving up her time to tell people her stories about composing and her experiences in the music industry. One thing that stood out to me was her belief in writing from silence, something I’d never really challenged myself to do. So while I was out walking my dog Ollie last Sunday I gave it a try. And the result is a song called ‘Stephenstown’, which is named after the town land I was walking in. The tune and the lyrics came to me pretty much in unison although I had focused on getting the air first. Sometimes they come together and it’s half the battle when it does 🙂 I realised as I was walking in the sun that the various sounds around formed a beautiful soundtrack of their own even without visuals. I could hear sounds from the hurling match in the community sports field, people out in their gardens chatting and it genuinely felt like music to my ears.

I decided on the key of A major and once I get back to the house I recorded my ideas on to my iPhone and took it from there. I have two verses and a chorus written and would like to write two more verses to complete it. I’ve concentrated a lot on painting pictures with the lyrics and less on chord sequences and hooks etc. I hope this is a song I can bring to those intimate sing-songs and have it fit right in with all the other beautiful songs that belong there!

Here’s a short clip of the song which I recorded on my iPhone at home earlier today. Hope you enjoy 🙂 https://soundcloud.com/nallymusic/nally-blog-post-21st072016-starting-from-silence